In May 2018, New Jersey Governor Phil Murphy signed Assembly Bill 3723 (AB-3723) and Senate Bill 2314 (SB-2314). The bill increased the state’s overall RPS requirements to 50% by 2030. Specific to the solar carve-out, the legislation increased NJ’s solar requirements to 5.1% by energy year 2021 and decreased the Solar Alternative Compliance (SACP). Pursuant to the bill, the Board of Public Utilities is currently working to adopt rules to close the market to new applications upon the attainment of the revised 5.1% requirement (i.e. the reporting year 2021, 2022, and 2023 requirement which declines thereafter beginning in 2024). Additionally, the board is working to complete a study to evaluate the implementation of the state’s next solar incentive program.

Using reporting year 2017 retail sales of 75,031,955 MWh and an LTM build rate of 27.2 MW/month, we anticipate a relatively balanced market in NJ2019 with a marginal oversupply of approximately 4.0%. This includes an estimated banked SREC volume of 294,734 after NJ2018 compliance filings are completed (NJ2018 compliance filings are just about to be finalized). These figures are based on the new solar RPS requirements as passed. 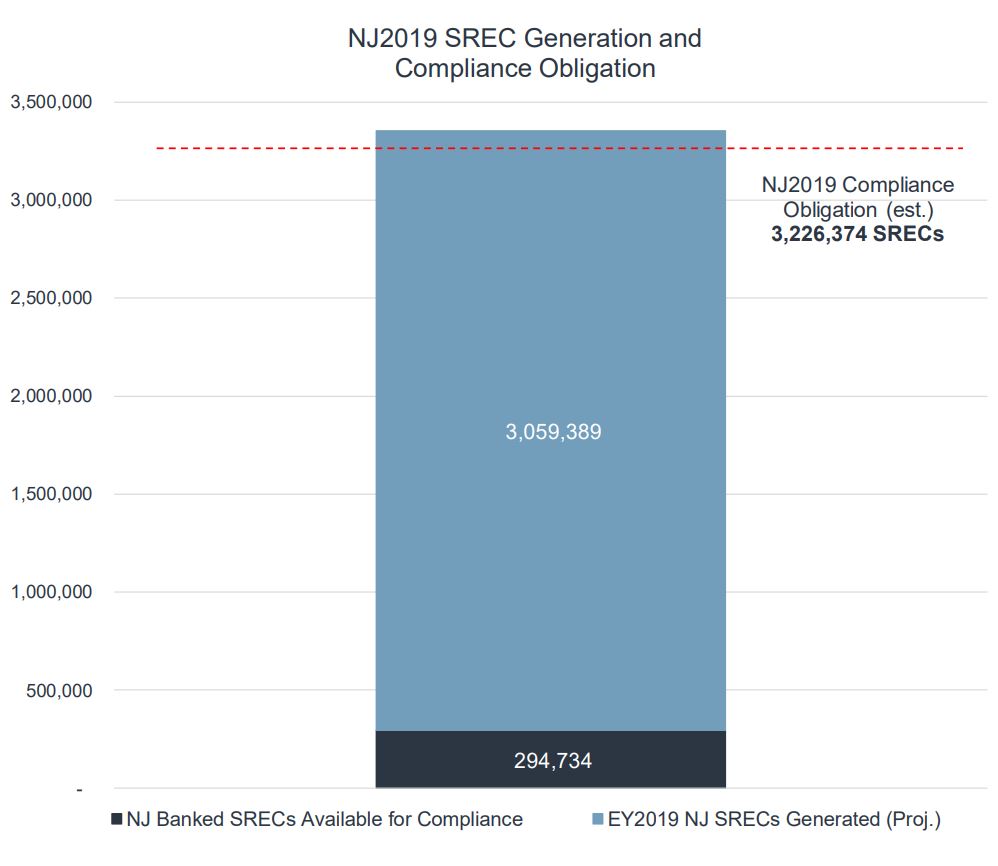 Projecting out further under three build rate scenarios, 75%, 100%, and 150% of LTM average build rates, we see the market relatively well balanced in NJ2019 and under-supplied in NJ2020, barring any substantial increase in sustained monthly build. In NJ2021, the market will remain under-supplied to balanced in our first 2 scenarios and oversupplied in our 3rd build scenario (i.e. 40.9 MW/month).

Please feel free to contact us with any questions or if we can be of assistance with any SREC management and transaction services.

Heading to Solar Power International (SPI) 2018 this year? Come visit the SRECTrade team! SRECTrade’s CEO, Steven Eisenberg, and CTO, Lewis Wagner, were selected to present at this year’s poster reception. The reception will be held on Tuesday, September 25th from 5-6 p.m. on the trade show floor.

Steven and Lewis will be presenting a poster entitled “Scaling up the Incentive Markets to Unlock Innovation and Value”.