SRECTrade can now register your solar facility in Pennsylvania. If you are an EasyREC customer, please download the PA SREC registration forms.  Note: You want to do this as quickly as possible if this is the first state you are registering in because the Pennsylvania program manager was recently instructed by the PUC to count generation from the date of application (not from the time the system is installed or interconnected).  This only applies to solar owners who have NOT registered previously in another state.  If you registered previously in another state, SRECs that are certified in that state will also have the PA certification applied to them.

For all other customers, hopefully this post will clear up any confusion with the process. 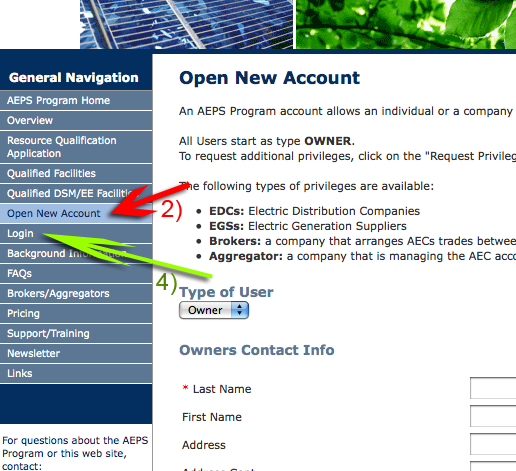 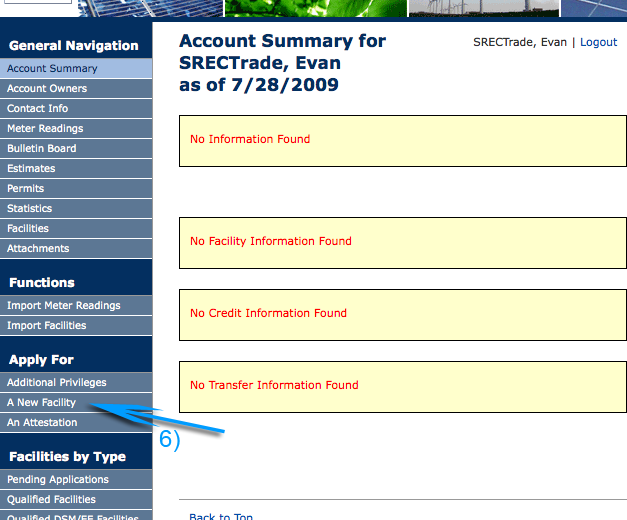 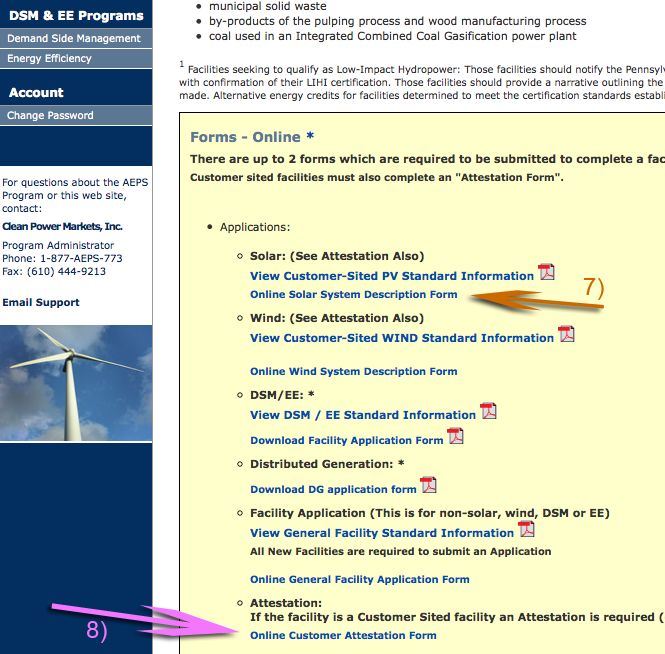 Clients who choose to sign up for the EasyREC SREC management service will be able to automate the process of creating and trading their SRECs.  Benefits of the service are listed here:

Completely hands-free: we manage the sale of your SRECs at market prices
Set a minimum: you control the price at which your SRECs are sold
Generator registration service: SRECTrade will register and manage your generating unit in GATS
SREC creation: we handle and monitor the creation of your SRECs
SREC transactions: we process all transactions on your behalf and send you a check
Account management: SRECTrade can provide a detailed account history like this:

Selling SRECs online in the monthly auctions is free.  However, the hands-free EasyREC service will be provided at a management fee of 3% of the transaction price.  This fee will cover the administrative costs involved with implementing the service on behalf of our EasyREC clients.  The fee is taken out when payments are made to sellers.  So if SRECs sell for $500, SRECTrade will send EasyREC clients $485.

The Solar Alternative Compliance Payment (SACP) is the amount that Load Serving Entities (LSEs), i.e. electricity suppliers, must pay per MWh of solar electricity that they are unable to generate themselves or buy rights to through SREC purchases in order to meet the state Renewable Portfolio Standard (RPS) solar requirement. Find out more about future RPS and SACP values from your state page on our SREC Program Information page.

Of course, while the SACP is fixed in any given year, the price of SRECs varies based on the market forces of supply and demand.  Find out more about this on our SREC Program Information page.

New Jersey’s 2010 Energy Year begins with the June 2009 generation.  June SRECs were credited as 2010 SRECs on July 31st and can be sold in the August 7th auction.  This will be our first 2010 SREC auction and here are a few changes that might impact prices this year:

SACP drops to $693: Through May 2009, SRECs were valued based on a Solar Alternative Compliance Payment (SACP) of $711. This is the fine that utilities pay for the SRECs that they are unable to collect in order to meet the state solar requirement. In 2009, prices ranged from $461 to $675 relative to the $711 SACP.  Starting with June generation, the SACP is now $693. We anticipate that this change will impact prices and want to be sure to adjust expectations accordingly.

Early Energy Year trading: Since it has only been a year since the first SRECTrade auction, this is the first energy year transition that we are experiencing. Recent history indicates that prices tend to rise as the year progresses, however it is our hope that with the creation of a public market price and a consistently available auction that prices will be more fluid throughout the year. Only time will tell how the market reacts to a new energy year and what impact it will have on trading prices in the early months of the year.

2 year SREC life: Beginning with June generation, SRECs now have a two-year life. This means that you do not have to sell your SREC this year if you prefer to wait. It also means that if utilities meet the solar requirement later on in this year, they will still be interested in buying your SRECs to count them towards next year’s goal.  You can find out more on our posting about the 2 year SREC life.

2009 SRECs can still be sold: You have until the end of the true up period in September to sell your 2009 SRECs. You will also be able to sell your remaining 2009 SRECs in the August auction.

The Pennsylvania Solar Alternative Compliance Payment (SACP) is structured a bit differently than the rest of the states in our auction.  Most states have a set SACP that is known at the beginning of each year.  Pennsylvania releases their SACP six months after the Energy Year ends. The 2008 Pennsylvania SACP of $528.34 was released in December of 2008 for the Energy Year ending May 31, 2008. It is calculated as 200% of the PJM area average SREC price. This means that from June 1, 2007 – May 31, 2008, the average PJM area SREC price was $264.17.  The interpretation used by the program is that this is an average of the price paid for SRECs used to comply with the Pennsylvania state RPS.  So in reality, it is an average of PA SRECs.

PA SRECs are valued based on speculation of what the SACP will be in  December. PA utilities should be willing to pay more for SRECs if they are struggling to meet the solar requirement in Pennsylvania. In the early years of this program, that requirement may be attainable, but it ratches up pretty quickly, so it may not be long before the SREC values in Pennsylvania increase above all the other states in the region.

This is good news for solar owners in Delaware, Maryland, Ohio, West Virginia and the other surrounding states who may be eligible to sell into Pennsylvania.  Of course the influx of supply of SRECs into PA might at some point depress the price of SRECs.  It will be interesting to see how the market plays out.  One thing is certain—as a seller, it doesn’t hurt to be registered in as many states as you can.  See our post on cross-listing to learn how.

The July 10th auction closes with a clearing price of $375 for 2009 credits! We are looking forward to the next auction on August 7th. The August auction will be primarily for 2010 credits, but parties interested in selling or buying any remaining 2009 credits may also participate.

Maryland system owners can also sell their credits to Pennsylvania, Washington DC, and North Carolina. Maryland prices look to be the highest as of now, but in future years we expect the highest prices to come from Pennsylvania as a result of the state’s future expected increase in SACP. For more information about cross-listing your SRECs, click here

Delaware solar owners can register out of state

One of our customers recently confirmed that any solar generator in Delaware is eligible to certify their system out of state.  Therefore, if you are a solar generator in the state of Delaware, you should see our blog on Cross-Listing to find out where you may be eligible and how to get started in each state.