The following map shows all the SREC markets in the U.S. along with the states that have a solar requirement as part of the state renewable porfolio standard (RPS).  There are three conditions that must be present in order for a state to implement an effective SREC market: 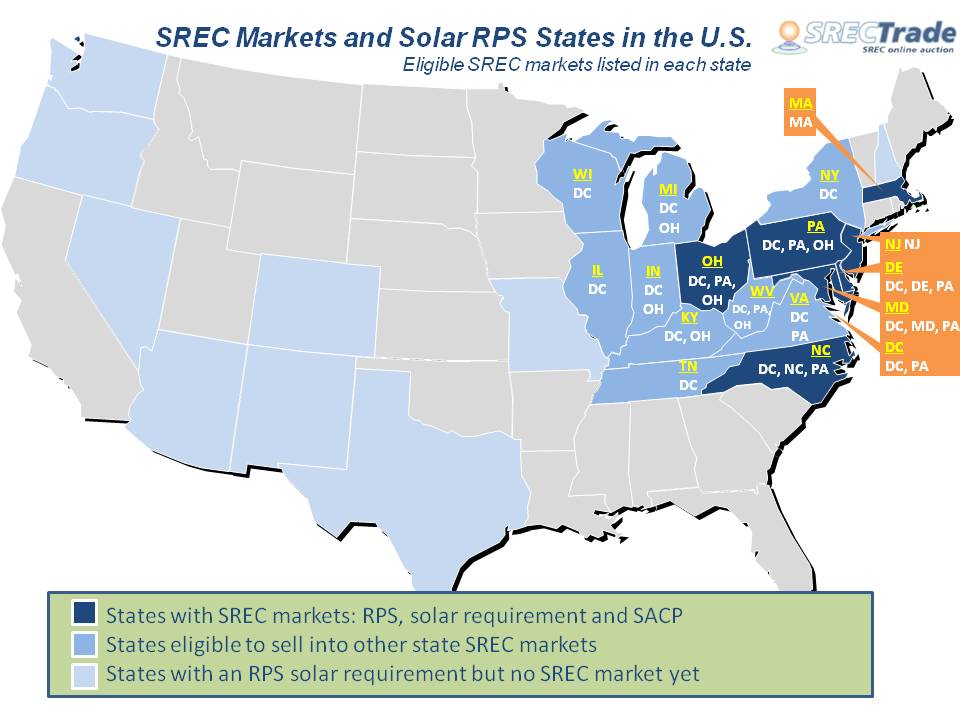