The New Jersey 2015 SREC market is currently bid $235/SREC. Since the beginning of Q2 2015, the market has steadily moved upward from $200/SREC. On July 15, 2015, the auction manager representing the NJ Electric Distribution Companies (EDC) announced a $246.42/SREC clearing price for the NJ2015 SREC auction held on July 14, 2015. 42,470 SRECs were sold at this price. What’s interesting about this most recent EDC auction is that it cleared above the offering side of the market. Historically, as shown below, the EDC auctions have traded between the bid and offer prices quoted in the over the counter (OTC) market around the time of the EDC auction close. 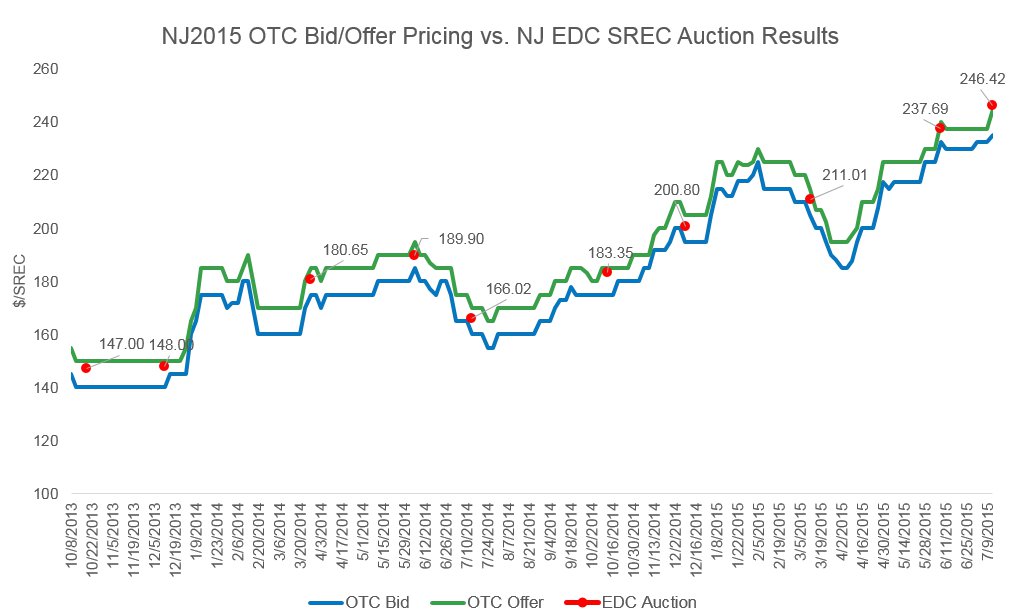 The supply outlook, relative to demand, for reporting year 2016, appears to point to a flat market, meaning that there will likely be enough supply available from previous energy years and from SRECs issued throughout reporting year 2016. This assumes monthly solar build rates fall between 12.9 MW and 25.7 MW per month. Our presentation, from the Environmental Markets Association meeting this spring, shows various build rates relative to the NJ Solar RPS demand requirements. As shown below, in each Case 1-3, the under and oversupply estimated is close to zero meaning SREC supply will be close to balanced with the state’s RPS demand. Through May 2015, NJ solar monthly build rates have averaged 18.8 MW per month (over the last 6 months). June 2015 build rates are expected to be announced soon. 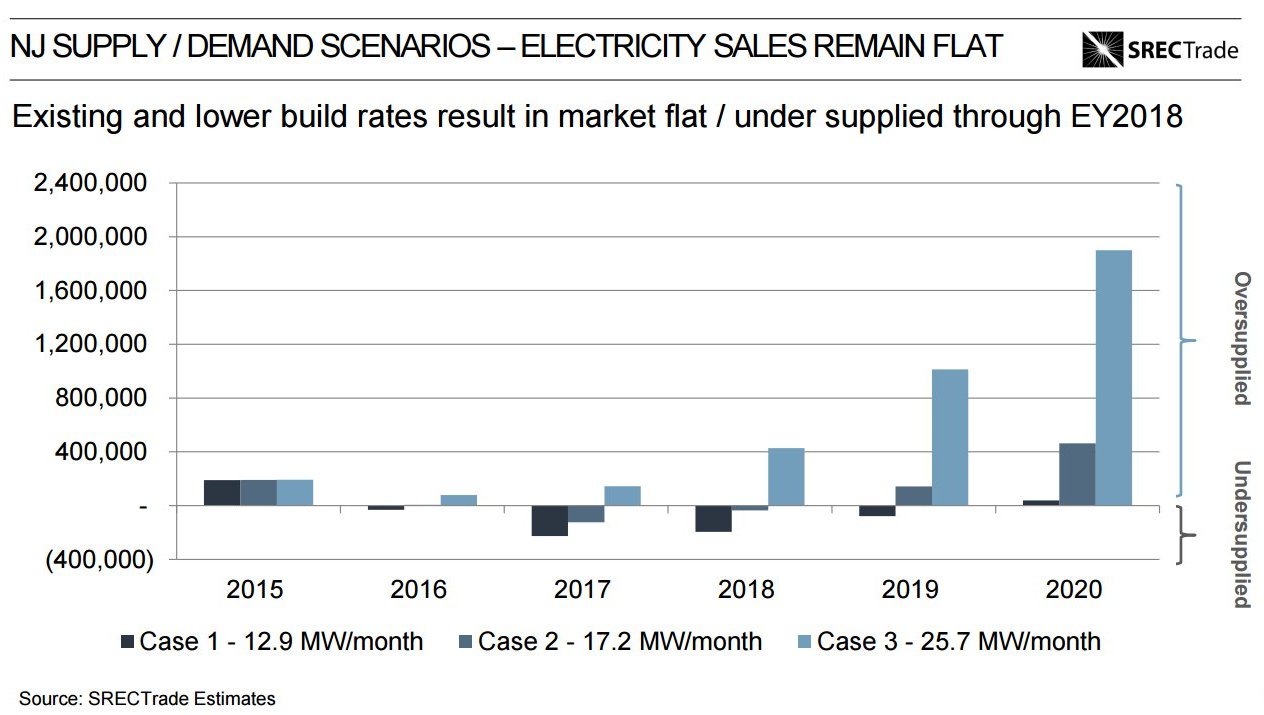 1) NJ2015 bid / offer pricing presented in chart above includes periods in which the market was quoted on a forward basis. The EDC clearing price presented at that time are for the most current spot vintage available for immediate delivery (i.e. 2014 EDC auction prices are presented against 2015 OTC Bid / Offer pricing in instances where 2015 SRECs weren’t available for sale in the EDC auction).