Here are the details of how this bill will affect SREC producers in and around Ohio: 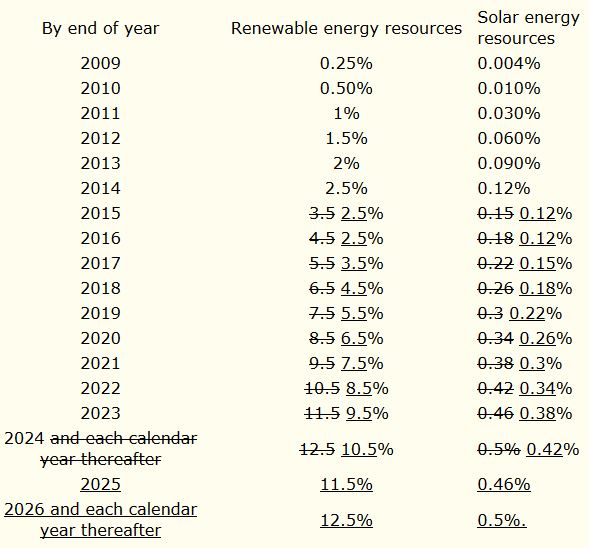 Because the freeze on the RPS and SACP requirements is set to this year’s levels, impacts of these changes will not be felt until the beginning of 2015. The end of the in-state purchasing requirement, however, is effective immediately.