Yesterday, the Senate Environment and Energy Committee passed S1925 out of committee. Coming out of the session, the bill was revised to increase the Solar Renewable Portfolio (RPS) % requirements and decrease the Solar Alternative Compliance (SACP) schedule. Next, the bill will move on to a second reading in the Senate. The charts below demonstrate the difference between the original and revised versions of S1925. 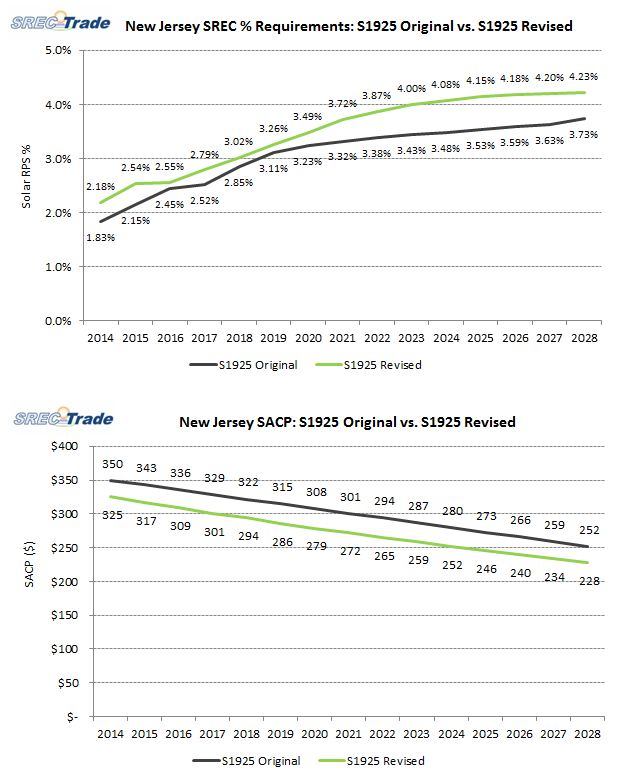 How Does This Impact New Jersey’s Future SREC Requirements?

In our last research note on S1925, we took a look at a summary of the bill and provided analysis on how it could impact the New Jersey SREC market. Given the revision of the Solar RPS % requirements, below is an update to the original analysis. 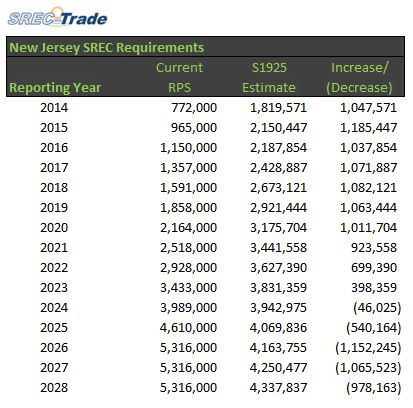 While the revised version of S1925 takes the steps needed to prop up the NJ SREC market, a closer look suggests that even if this bill comes to fruition the market could continue to be oversupplied. The table below shows the current RPS and revised S1925 requirements through 2017. Both scenarios demonstrate what the markets look like given estimates of installed capacity through April 30, 2012, and assume that excess, eligible SRECs from prior periods are used to meet the compliance obligations in the current period. Under the current RPS requirements, assuming no new build, the market is oversupplied through energy year 2016. Applying these same figures to the estimated SRECs required if the revised version of S1925 is implemented, the market is short approximately 411,800 SRECs in 2014 (the equivalent of approximately 343.2 MW operational all year long). 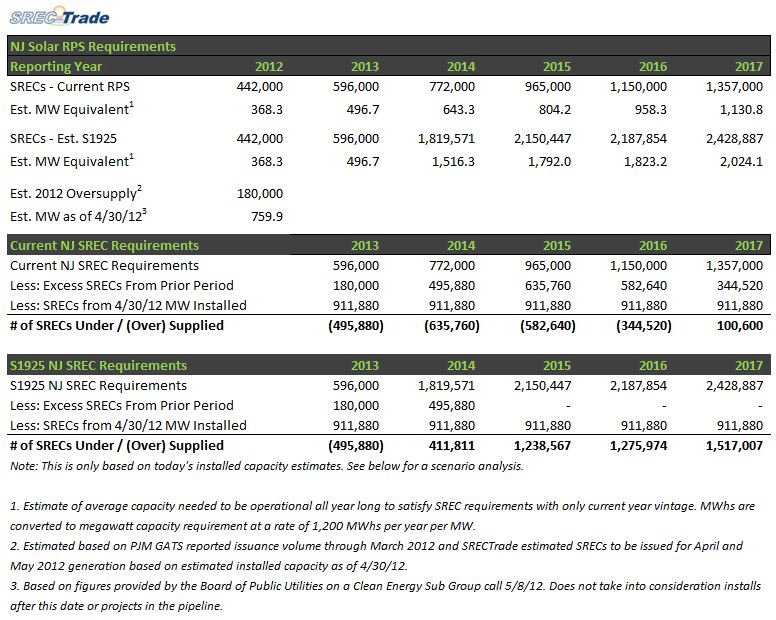 Although the requirements under the current installed capacity and proposed changes under the revised version of S1925 put the market at under supply with no new build, the likelihood of that is minimal. Over the last twelve months (LTM), the average MW installed per month has been 36.0 MW. That figure over the last 6 months has reached 44.9 MW/month. Given the recent historic build rates, we have analyzed 3 different scenarios in which the following cases are assumed:

1) Case 1 – shows half of the LTM average MW added per month throughout the course of the annual forecast periods; 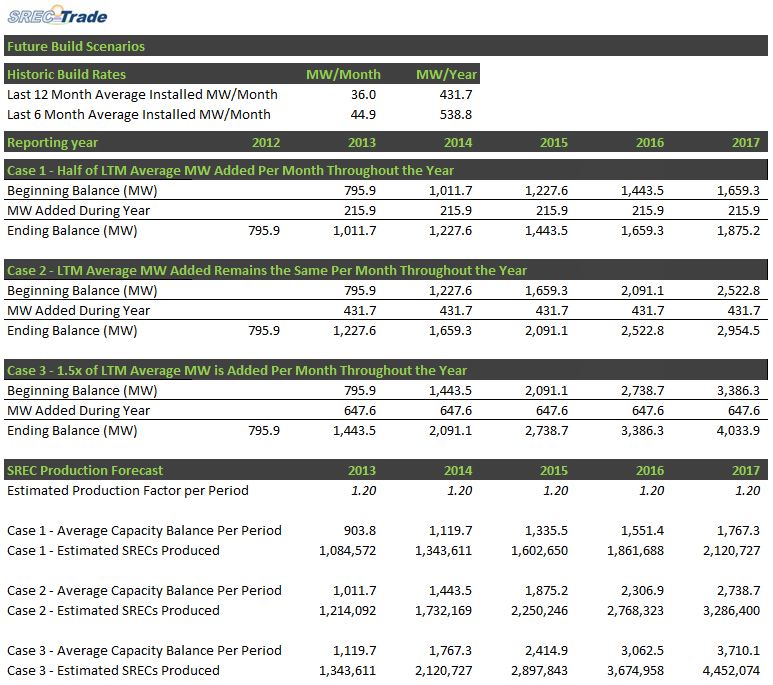 Under the revised version of S1925, the market is less oversupplied or under supplied depending on the case displayed above. One of the main differences between the table above an our original estimates is that if installations slow down to half of the LTM monthly average rate, Case 1, the market could be under supplied as early as 2015. It is important to note that each case assumes all excess, eligible SRECs from the prior period are utilized to meet the current year RPS requirements. 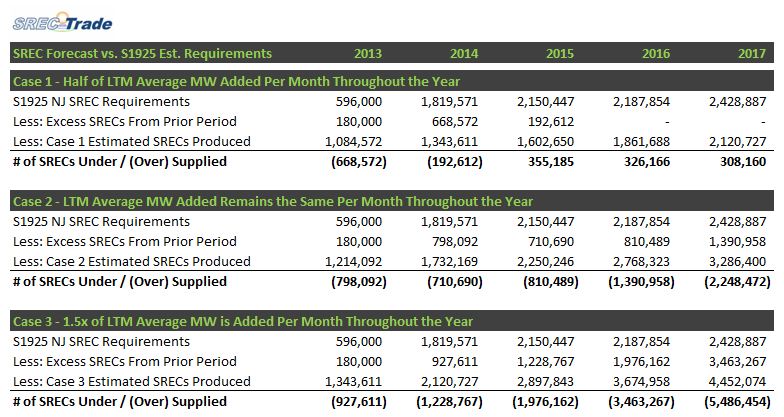 As demonstrated in the scenario analysis, the market would need to substantially slow down current monthly build rates to allow supply to come in line with demand in the future RPS compliance periods. The revised version of S1925 attempts to lessen the impact of oversupply, but even under the updated table above, all three cases show oversupply through at least 2014. Additionally, the trade off of an increased Solar RPS % came at the cost of reducing the SACP. Thus, although the NJ solar industry can continue to build projects at a reduced rate, new installs will have to be underwritten with the understanding that less value will be derived from SRECs.

Note: Percentage based SREC requirements have been forecast based on EIA Report updated 11/15/11 “By End-Use Sector, by State, by Provider”. Projected SRECs required utilizes the most recent EIA electricity data applying an average 1.5% growth rate per forecast year. The state’s RPS Solar requirement is then multiplied by forecast total electricity sales to arrive at projected SRECs required. Projected capacity required is based on a factor of 1,200 MWh per MW in New Jersey.