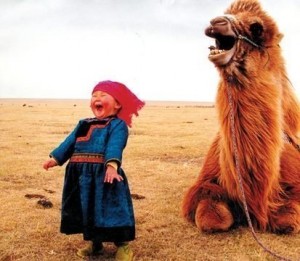 When we first conceived of SRECTrade as a monthly SREC auction in 2007, the SREC market was in its infancy. 29 MW of solar capacity were required across all the markets. Our team identified two key problems that were going to need to be addressed as the markets matured. First, in contrast to other environmental and energy commodities, the SREC market would feature small sellers transacting with large buyers, which would predicate the need for an intermediary. Second, without any public price discovery mechanism, intermediaries could exploit the information asymmetry that would exist among buyers and sellers.

So, with that in mind, and with the help of an auction theory professor at Stanford, Andy Skrzypacz, we designed the SRECTrade Auction as a double-blind dutch auction that we would use to publish public market pricing. Interestingly, the dutch auction was popularized during the tulip mania that swept through the Netherlands in the 17th century, which happens to be widely regarded as the first recorded speculative bubble thanks to the wild rise and sudden crash of tulip bulb contract prices at that time (as an aside, here’s an extraordinary 4-minute history lesson on the Dutch).

When we launched our first auction in August of 2008, there were only a few thousand SRECs being created each month and our website was pretty basic… you could create an account and place an order. That was pretty much it. After a few months of calling potential customers, we realized that a lot of them struggled with the registration and administration of their SREC accounts. If we were going to build a successful marketplace for SRECs, we were going to need to build a platform that also allowed customers to register facilities, track their production and manage their SREC accounts.

Today, our website is much more sophisticated. We utilize a variety of Application Program Interfaces (APIs) through partnerships with monitoring firms, such as Enphase Energy and REC registries, such as PJM GATS, to collect, track and share information that enables our customers to create and transact SRECs, receive payments and view transaction histories all in one simple-to-use interface. On the back end, we are tracking thousands of transactions each week, moving SRECs in and out of accounts and making so many outgoing payments that our accounting and banking vendors don’t know what to do with us!

Looking forward to our next 100 MWs and beyond, we are close to launching a completely rebuilt SRECTrade.com that automates many of our back office operations and provides for a much more user-friendly and robust front-end interface for our customers. Many of the features are designed with the future needs of our largest clients who will need to manage complex and growing SREC portfolios. We can’t wait to re-introduce ourselves!