Please note that the original blog post was slightly revised on January 11, 2018.

On Monday, January 8th, the New Jersey Senate passed the amended Senate Bill 2276 (S-2276), following the Assembly Telecommunications and Utilities Committee’s amendments from mid-2017. The bill now rests on the desk of outgoing Governor Chris Christie (R) for a decision. Although it appears likely that Gov. Christie will pocket veto the legislation when his term ends on Tuesday, January 16th, Governor-Elect Phil Murphy (D) has his eyes set on New Jersey accomplishing 100 percent clean energy by 2050 and leading New Jersey to regain its status as a national leader in solar.

The bill passed by a considerable margin (26-8), demonstrating a strong consensus for support of the Garden State’s renewable energy industry, and also sending an important message to Governor-Elect Murphy regarding the urgency of this legislation.

If signed into law, the bill would establish the New Jersey Solar Energy Study Commission and increase the state’s solar renewable energy portfolio standard. The commission is intended to analyze all aspects of New Jersey’s solar industry and report findings and recommendations to the Governor and Legislature, specifically: 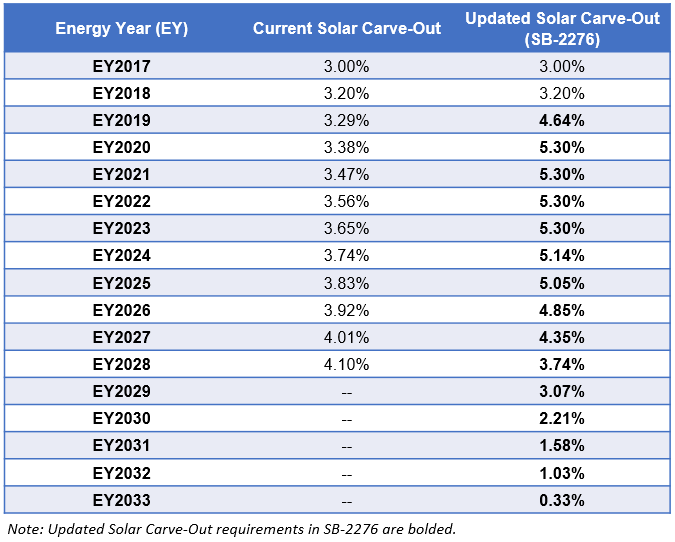 In the bill, the Legislature speculated that New Jersey’s current statutory solar RPS could result in the loss of over 120 MW of solar per year through 2021, over $240 million per year in lost solar projects, and 5,000 clean energy jobs per year. To ensure the continued success of New Jersey’s solar industry, it is critical that the state pass both interim and future long-term measures to stabilize the industry and promote long-term, sustainable growth.

SRECTrade will continue to provide updates on this and other New Jersey legislative efforts.